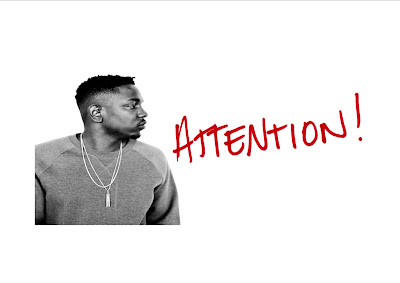 OH MAN!!! Kendrick Lamar has stirred up the pot now!!  And you know what? He has ALL OF OUR ATTENTION!!  The thing is, NOTHING that he has done or said is anything new!  Kool Moe Dee started calling people out long ago and many other rappers have followed suit.  The rap game has a voice and with that voice, folks speak truth.  What is funny is that a lot of people are MAD now because of his one line:


“I’m Makaveli’s offspring, I’m the king of New York
King of the Coast, one hand, I juggle them both”

Okay, some are mad for more than that but tweets have been off the hook because of his ‘claim’. What is even funnier is that he got their attention, got them mad and for what?!?!  From my research of hip hop history and reading the lyrics to his part in Big Sean’s “Control”, I would venture to interpret the line above as the following:

Kendrick, in my opinion, is saying that he is like TuPac Shakur.  A rap artist that rapped and dominated BOTH coasts (juggle them both)!!  From what I gather, Kendrick is not saying that HE is the king of New York, specifically, but if you research you will find that TuPac’s initial rap pen name was “MC New York”.  As a lyrical ‘offspring’, Kendrick is crowning himself king of both coasts!!  In my mind, it is not a diss against anyone who had or has dominated the NY scene.

Now let’s skip forward to calling folks out.  Shoot, it’s needed!! I won’t agree with all called out, but he has his reasons… if anything to get that attention and wake folks up.  How is that different from giving donations and doing a challenge to other organizations to match what you have given?  He is laying the cards on the table, waiting for the pick up!

When did the same lyrical mouthpiece that gave our people a voice and a sound get wrapped around a bottle top?  When did that SAME mouthpiece become more important wrapped around a roach?  When did the SAME mouthpiece start to demean and degrade women?  Well, when society changed and THAT was what people wanted to hear or talk about.  Is it wrong?  No, it’s storytelling and marketing at its finest.   However, when that is ALL your brand has become or has grown from, then you have deviated or separated from REAL HIP HOP.  This ‘marketing’ has expanded the business, but tainted the message. It’s ‘bubble gum’ and folks are getting chewed up and chewed out by a man that wants to bring REAL HIP HOP back.  Does the ‘coast’ really matter?  Surely it didn’t as one of rap’s icons succeeded on both, East and West, and a newbie to the mainstream is just trying to fill the gap that has been empty for a minute.

“I’m dressed in all black, this is not for the fan of Elvis
I’m aimin’ straight for your pelvis, you can’t stomach me.”

He got our attention; he’s mourning Hip Hop.  He’s fighting for it!  He has stirred up the pot and everyone is ready to eat now, except for the wrong reason because they are mad!! Now rappers have something to prove, right?  It took getting the ATTENTION to make them move!  Well, I’m not mad at it at all.  Thank you Kendrick Lamar.

So how will YOU get the ATTENTION of those interested in what you may have to say?  Are you chillin’ in the corner observing silently or yelling to the hills that something is needed and something has to change and you are the person to do it?  Stir up the pot then!  You may be a jack of all trades, but be an EXPERT in one!!  Get that ATTENTION that you desire.  WHAT YOU HAVE LOVE FOR, YOU WILL FIGHT FOR!  That’s what Kendrick Lamar is doing… just loving Hip Hop.